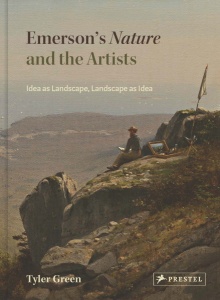 Tyler Green is an historian, critic and author whose work examines the ways in which artists and their work have engaged with and impacted national histories. Green is also the producer and host of The Modern Art Notes Podcast, the leading audio program about art.

Green’s Emerson’s Nature and the Artists: Idea as Landscape, Landscape as Idea was published by Prestel in October 2021. The book features a new consideration of Ralph Waldo Emerson’s classic 1836 text, new research that reveals how Nature was informed by Emerson’s engagement with American art, and critical analysis of how the ideas Emerson presented in Nature informed American art for 100 years after Nature was published. Emerson’s Nature also examines how Emerson joined his Anglo-Saxonist white-race theory to ideas about nature in ways that helped bake whiteness into the American landscape tradition. The book features about 75 artworks reproduced in-line with Green’s essays and within the text of Emerson’s Nature. In adherence with Emerson’s landmark definition of landscape as a public commons, all of the images in the book come from museums and libraries with open-access policies. It is available in both the US and in Europe. 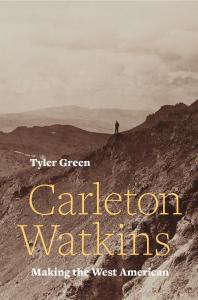 Green’s first book was Carleton Watkins: Making the West American. It was published by University of California Press in 2018 and won the 2019 California Book Awards gold medal for contribution to publishing. Purchase it from your favorite bookstore or website via the links here.

Books to which Green has contributed are listed here.